What is this Hearts Abroad thing…? 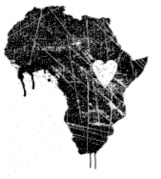 Based on their personal history as an immigrant or first generation member of the African Diaspora, people share what they believe to be the unique challenges and joys of dating people from their country of origin and/or other African countries.

You are welcome to submit your piece in the Comments section at the bottom of the page, using your real name or not, and letting us know how long you’ve been a diaspora.

Your absence is an assault on my solitude. Like the gloom of an untimely loss, it casts itself over me absolutely.

And then you’re back. Long-subdued rainbow colors explode into a hyper-reality as I speak a word, you breathe another and a sentence comes out dancing to its own rhythm.

It’s a high so thorough that catches me unawares even when I see it coming, it conjures a world uninhabitable to anyone but us. Terra incognita it may be, I’m swift to throw it all up in free fall; let it settle into its own place.

In that state, I fit snugly on my side of the hyphen next to yours.

You make towards departure; our exclamations stammer mid-sentence. My, my, body, mind and heart together tug at me to keep you another minute, entice you into a wordless kind of play. Just stay. Hush time with me; watch how these tectonic plates lock, drift, whirl around each other.

We’re soaring again. Just at the thought of it, a denial more overwhelming than submission.

But you leave too soon; the impossible closeness of an us caves my lungs inwards. Blandness batters the solitude I played by myself in before you, cherished and longed to be left alone to create in. Every place we frolicked into and out of feels now desecrated, once by your presence then again by your absence.

The word “dating” is taboo back home, at least that’s what I remember back in the late 80’s or early 90’s when I was growing up. You didn’t see men and women holding hands or having a make-out session in public or telling people that they have a boyfriend or girlfriend or, for that matter, about even their sexual experiences. Reason for that is because our families valued the habesha culture.
Let me be clear on this… Let’s take a step back to our parents’ or grandparents’ time. There was no such thing as sharing each other’s feelings. Most of the time they were either forced to get married (arranged marriage) or they met by coincidence and three days later they’re married.  Very simple, right? At least that’s how they make it seem. Everything in their marriage is a secret and they don’t show their affection for each other in front of their kids, let alone to the public. Also, at a certain age they either start sleeping in different rooms or share a room but sleep in two different beds. They become not a husband and wife, but more like brother and sister.
The problem with our habesha generation is that we left back home at a young age and are now living in a different country and have adapted to that culture. Of course at home we are still surrounded by our Ethiopian roots.
There is nothing wrong with dating a different nationality. For some habesha girls/guys it’s even better for us. What I mean by that is you feel a lot more comfortable to be yourself. And for the freaks in the bedroom, they don’t have to worry about getting judged. You know what I’m talking about right!
Now the problem starts when you involve your family in your relationship…Some families may like the idea, but others are totally against it…They will say things like “enday bla degmo nechachiba ametachilin enday….Minew habesha bageru tefa enday“…. Things like that!  Also, you know habesha folks are always talking in Amharic even if the person next to them doesn’t understand the language… So you have now become the translator and, believe it or not, you don’t translate everything they say because chances are the topic might be your partner.
If we were to date our own habesha guy/girl, some things could get a lot easier for both sides. You are both familiar with the culture and language, no need to explain everything, which is great but for the freaks in the bedroom it is kind of difficult to be comfortable with their partner because they will get judged by him/her. Although the habesha man might have been raised here, he still has a back home mentality which goes back to our grandparents/parents time of valuing habesha culture…Hey I’m not judging or giving habesha men a hard time, just speaking the truth that’s all.
Bottom line is it doesn’t matter who you date whether it’s a habesha or non-habesha. The more important thing is communication on both ends. There are some couples who are happy with their habesha partner and some with their non-habesha partner.
To each his/her own!
.
Hearts Abroad #1 –  “Joys>Challenges”!

My story: A female’s perspective from an Ethiopian diasporan
Joys:
– There is mutual understanding of certain habesha phenomena, which make for wonderful awkwardness if the understanding is not there.
– There is a certain kind of ease to the relationship due to the lack of familial friction. Both his and your parents are boisterously happy and they “get” each other – your mother and his mother with your dad and his dad, chatting-it-up like old childhood friends.
– You “get “each other and the many Ethiopianness that make you who you are. You find tire siga with a dap of mitmita mouth-watering, not nauseating (unless one or both of you are too “Americanized” and have now become vegetarian/vegan). You both find that grubbing off of a big tray of food with a group of people, all without the use of utensils, is the best part of the meal.
– You feel each other’s dilemma – the neither-here-nor-there, the one foot in Addis, another in the States, dilemma, which lies at the core of your mutual existence.

Challenges:
– Contrary to common and natural assumption, there can be profound disconnect between an Ethiopian woman and man. The great distance traveled far from home and all that they were makes for two lost souls. And it makes sense that two lost souls cannot find each other. If they do, they cannot lead each other.
– Relationships are wrought with enough troubles already. Why try to duke it out in a foreign land, while simultaneously trying to settle the above-mentioned dilemma?
– I can mention other generalizations here that are part of the challenge (i.e. Ethiopian men are too prideful for their own good) but I won’t because, again, they are mere generalizations.

@findingsally_doc repost
This book reads how a child’s hug feels! Congrats on an amazing accomplishment, Heldana & Essey!
I’ll be talking 🤫 SECRETS 🤫 at this @ethiocanbridgethegap event this Saturday, 4pm.
Very happy to have had the chance to talk about ‘Daughters of Silence’ with Helen for this @yehelenshow episode with fellow Ethiopian women writers.
I had a great time being gently grilled by @heldanacomedy! Here the results of our convo. Find the full video on her YouTube channel: Heldana First of Her Name (link in bio)
😌 mmm it’s nice to get relief from 🥳 my own 🎺 once in a while! My novel & I very happy to be @theshadowkingnovel ‘s Canadian companion! Great convo between literary critic Donna Bailey Nurse & the host of @cbcbooks The Next Chapter Shelagh Rogers about the two novels.