I’ve been doing a little experiment lately. A “social” experiment, I think it’s called. I’ve been introducing myself as “Rebka”. The idea has been in my mind for some time. Back in the Fall of 2010 I actually looked into legally changing it from “Rebecca” to “Rebka”. I would have, too, except that the law said you need to have lived in the province where you want to change it for at least a year. And I had just returned from being away for a year. My plan was to wait out the year and then start the process, except I ended up skipping town a short eight months later. So, out the window that plan went, not that it wasn’t the furthest thing from my mind by then anyway.

“Bond, James Bond” isn’t the only international person of mystery. Like him, I too have spent most of my life repeating one part of my name while (now & then) ordering martinis (shaken or stirred, didn’t matter). The part I’m always repeating, of course, is my last name, always. Although I’ve never had the chance to say exactly “Fisseha. Rebecca Fisseha”, as cool as it would have sounded.

Also like Bond, I have an “M” who supervises all my missions and who, despite holding a highly privileged position as the safe keeper of my secrets great and small as well as of everyday trivia about me, was utterly surprised to learn that I have introduced myself as “Rebecca” to all non-Ethiopians I ever met since 1992.

“M” couldn’t fathom why I would do that.

I couldn’t fathom why I wouldn’t.

The way I unquestioningly accepted it, I have always had two names: an Amharic one and an English one, a local and a foreign one. To anyone who ever probed, I have been at pains to point out that this is nothing like the people who have English names and “cultural” names (to borrow Russell Peter’s odd term). As far as I was concerned, both names were perfectly legitimate. One was not a bastardization of the other. Each stood in its own right as a complete identifier of me. There were times I got defensive about it. I remember one of the first times, if not the very first time, someone brought it up. It was during rehearsals for a black-woman-power type of play where I was sitting in as a guest. The photographer – a bald headed, pierced, militant, “conscious” type who had a staring problem – wouldn’t leave me alone about who changed my name and why did they change it and why do I keep using my Anglicized name and and and and. Being naturally wary of her type, I kept an even tone and put on my best un-oppressed face as I calmly explained to her that there were two perfectly valid versions of my name and nobody changed my name without my consent. I have no idea how the conversation started and even less of how it ended. I stopped dropping in to watch rehearsals, that much I remember.

Then came my West Indian crew.

As soon as my “other” name was revealed (I can never remember how that part comes about) they were like a dog with a bone. Wouldn’t let it go and refused to ever utter “Rebecca” ever again. The sweet irony was that it was their way of being “authentic”, of addressing me on a more intimate level, but they were constantly mispronouncing it, turning the hard “k” – like the sound of a snapping branch – soft and causing me to cringe each time. Still, they preferred a hundred knowingly-mangled “Rebqua”s to a thousand perfect “Rebecca”s. Couldn’t say the same for myself but I was outnumbered in the vote so I let it be, hard-K kicking myself for having opened my big mouth in the first place.

With my mouth thus firmly shut, I wondered what they would do with “Luladei”, my original original name. The one that got axed a few short months after it was bestowed on me in the interests of saving me from a life of having to constantly repeat and re-spell my name to all I encountered.

And yet here I am, contemplating signing up for exactly that same fate by throwing out a perfectly elegant and universal name for a sorry-say-that-again?

Well, that is now, then was this: me choosing to keep the “other” name to myself – like a love child one gives up for adoption before one starting a “proper” family. Not even during the period when I worked with a social worker who counseled under-educated immigrant women and was adamant about learning their real names no matter how long it took her. Not even then – not even when me and her were having a conversation about how strongly she felt about using her clients’ real names and not their English nicknames – did I let on that I too had a name she might like to practice. I simply didn’t see the need for the trouble, because that’s exactly what I saw it as: trouble, of the completely avoidable variety. And she never asked either. Maybe I didn’t come across as anything other than a “Rebecca”? 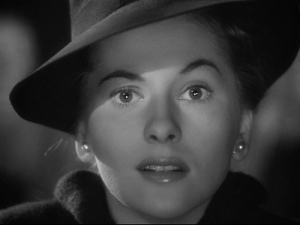 But seriously, if something is working just fine, why not leave it alone? At some point in the years after I came into the world, some city hall and foreign affairs officials – with my parents’ consent no doubt – had been generous enough to give me two perfectly nice names, which just so happened to be the exact amount I would need for the two categories of people I would encounter thereafter: ferenj and habesha. So, for a long time, I went along without any hassle other than that brought about by my occasional tendency to over share  by my trying to create a merge lane between two roads that were happy enough stay parallel. Life has been a breeze with “Rebecca”. I never have to spell it out for anybody. At the most I have to stress that it’s with a double “c”. Life has also been a breeze with “Rebka”. I never have to spell that out for anybody either. Just have to know when to apply which one.

As long as each one stayed in its assigned corner, all was well with the world.

Avoid using one in the place of the other = avoid chaos.

It’s incredible how the things you have accepted for decades, the things that were a certain way because you took it for granted that they just had to be that way, fall apart when placed under the solitary weight of “why?” It’s all about timing, I guess. Suddenly, you have no answer any more because the answer you used to give – on the rare and fleeting moments when “why?” had tried to challenge you in the past – dissipates like the ash that retains the shape of an incense stick but collapses into a heap the moment you touch it.

And so, “M” asked me the question that either nobody had ever really asked me before or I had never really answered before.

M: “You introduce yourself as Rebecca?”

M: “The only Rebecca I know is my white coworker from West Virginia.”

Me: “Obviously, I’m not Rebecca to you.”

Did I have myself mixed up with a girl from West Virginia all this time?

I’m not sure when the switch happened, when I decided to have to personas and two corresponding names. Well, the “technically” answer is that it was when those two documents – birth certificate and passport – got finalized. But in real terms, I can’t pinpoint exactly when, what day and hour, someone said “Rebecca?” and I said “Yeah?” At some point, though, it happened. The second lane opened for traffic and I switched lanes without bothering to look in the rear view (a bad habit I still can’t break, by the way).

What’s that saying? When the student is ready the teacher will appear? And lo, I was ready and lo, “M” asked “why?” and lo, I was not satisfied with my own answers anymore. Fact is, someone somewhere along the line made a decision for me and I went along with it. Fact also is, although I’ve never had to repeat and re-spell “Rebecca”, it’s never felt quite right, and although I always have to repeat and re-spell “Rebka” and even hesitate for a half a breath before saying it, it feels just right. Its “awkwardness” feels as it should be. It may not fit my external context as seamlessly as “Rebecca” but it’s a perfect match with my internal context. It’s tricky on the tongue, a misfit in most situations, a headache to call center operators worldwide and a constant reminder that I’m not “of” here. It distances. It says “there’s a part of me that will always be unknowable to you”. Which is sad. But also true.

In a strange way, all this reminds me of the kids I used to teach in China. It’s common practice for all Chinese learning English to have an “English” name for English purposes. Sometimes these kids are inspired and choose their own quirky names, but oftentimes it’s just a generic Anglo name that has nothing to do with who they are. The worse was when I had to give them these “Bobby” and “Jenny” names. In the early days I was inspired, giving out names like “Ocean” and “Moon” to the ones that “didn’t have” a name. Now and then I used to try and learn their real names, but each was an unpronounceable little poem that I would forget as soon as it left their mouths. It was a long-accepted fact that trying to learn their actual names was a completely futile time-wasting effort, not to mention totally useless for the purpose of teaching them English. I never tried hard enough to find out whether that was true or not. But I wonder if there will come a time when, rather than giving themselves white-bread names for our comfort, they will insist on their own names, “clunky” as they are. I hope so. Mind you, I don’t want to be anywhere near a classroom when that happens, but for their own good I hope so.

Well, all this sounds manifesto-y and good but the other side of it is that I still succumb to “Rebecca” now and then when I simply can’t be bothered, or when it comes out automatically before I can stop it, or when the third operator on the line is asking me to spell it out for the fourth time:

“Sorry Miss Fescsheha, can you go over that one more time?”

“Thank you so much  Miss Rayebka. How can I help you today?”

I admit it, sometimes it’s just easier to slip in under the radar and get on with whatever matter is at hand. What can I say? I’m no more averse to the easy way out than the next person. But I have a feeling this “Rebka” thing will stick.

After all, exotic is the new black.