Continuing from where I left off at the end of ‘After Addis 1‘, on the seven phases of the seven trips of this brown astronaut around the planet

Phase 1: immediately following migration, a time of feeling completely at ease with myself, it not even occurring to me to change to adapt to the norms of my new environment. I remember doing an early class presentation on Beethoven, and doing my hair in a sideways shuruba to imitate as closely as possible the curly wigs of that time. For me, it was a perfectly natural thing to do. In fact, I would characterize that period as a time when I wore cornrows and habesha kemis to school (with sweaters, of course) without giving it a second thought. As might be expected, this phase was very short-lived. Slowly, I started to notice differences – the wearing of bras and deodorant, the shaving of legs and armpits and god knows what else, the wearing of makeup, the freaking out about itty bitty stains on clothes from food and such, and the fact that my hair does not lay down and therefore cutting bangs for myself is a huge mistake – that hinted that my Nazareth school life is miles removed from this American school life in Europe. I have a clear memory of seeing something really unflattering on CNN to class the next day just to show that we were really okay.

When Trip Back Home #1 : 1996 happens, I do a similar act of hey look at the new me. The purpose of trip: holiday –  probably the first and last time I could ever consider a trip to Ethiopia as such, since the complications of here/there/me/them had yet to get to me. So this is a pure holiday in the sense of going to a place and people I expect to enjoy, fully ready to flaunt my new car smell, those fancy bells and whistles that I’ve literally and metaphorically acquired. This goes on until the moment of the second leaving, when in creep in the realizations and emotions that went undetected on the first leaving (bringing to mind a quote from Fire in the Unnameable Country by Ghalib Islam: “When the migrant finds herself contented with her decision to relocate, she is usually years removed from her initial mourning.”), but these intimations of lasting loss are not strong enough to get in the way of…Phase 2: The middle high school years in said American school, where the need to blend in – starting with that string of fake pearls – grows intense thanks to teenhood, resulting a total lack of interest in anything Ethiopian, finding it boring, antiquated and totally foreign. It is a time during which being forced to sit in on social gatherings of older Ethiopians is pure torture. Just as well a trip never happened during this phase, because I would have been one of those annoying abeshas who no combprende amharic. Thankfully, Phase 3 is ushered in when I change from an American school to an international one. There, in a setting where difference is the norm and Bob Marley and the Wailers and anything Ethiopian or Rastafari is much beloved and considered cool among my new group of friends, my Ethiopianness becomes valuable currency. Towards the end of this period, in my last two years of high school, comes Trip 2: 1998. Purpose: reality, for lack of a better word. The tables are turned and it is my turn to shut up and pay attention and try not to say or do the wrong thing as I witness, up close and briefly, what death does to us. And I use “us” deliberately, as it marks the beginning of my identifying my cultural heritage as something beyond  just  food,  music, souvenirs and historical sites, and ancient holy books, but as something greater and not as easily defined, though very easily and deeply felt: Community.

Naturally, this brings me into Phase 4: The beginnings of what becomes a total obsession with all things 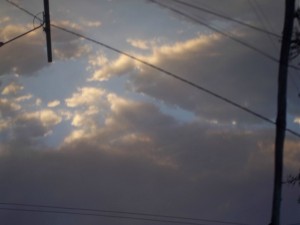 Ethiopian. Starting, out my go-to place becomes Amazon, where I buy up pretty much every book written about Ethiopia. The Ethiopian Tourism Commission also makes a pretty penny off my need to collect all its posters. This tendency is fueled further by Trip 3: 2001 taken after I start university in Canada. It’s purpose: reauthentication. I continue to process of re-Ethiopianizing myself by dragging some family along on a package tour of the historic sites of Northern Ethiopia (the Axum-Lalibela-Bahr Dar-Tis Abay-Gonder trail). It is the closest I will get to the “find my roots” cliche, though I’d do the trip itself again in a heartbeat. Southern Ethiopia is scheduled to be covered in 2005. The phase continues after my return to Canada. I immediately tap into the abesha community at university (somehow they’d completely slipped by me during the first 3 years) at precisely the moment they organize to form the Ethiopian Students Association York. I take part in straightforward representations of Ethiopian identity throughout the year. We do plays about the Battle of Adwa, showcase all the dances we know and pretend to know, make and sell food, have buna nights in common rooms; you name it we do it, so much so that the following year the Association has no unused ideas. That was around the time I had my most complete buna set and had the steps of making coffee down pat, and was getting good at making all kinds of wot thanks to an Amharic cookbook and patient dictation over the phone from my mom on how to separate the chicken for doro wot (I still have the laminated handwritten notes from that phone call). I make a ton of ‘authentic Ethiopian’ friends (read: recent immigrants from ET), attend weddings and social gatherings and even plan to go to Ethiopia for graduate studies.

After the initial high of shoving everything Ethiopian down the throats of the university student body wears off, however, creeps in 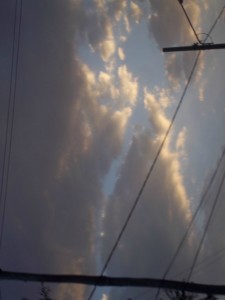 Phase 5: Now finished undergrad, I begin to dabble in writing plays as a way of questioning, investigating the standard narratives of Ethiopian history and identity, starting with the biggie: the Queen of Sheba story (dare I say ‘legend’?). It results in wise.woman, a play in which a poorly disguised version of myself moves back home to reconnect with a childhood sweetheart, only to be deeply disillusioned – not too dissimilar from the Queen of Sheba who went to Solomon and found out exactly what his ‘wisdom’ is made of. All the Ethio paraphernalia I collected in Phase 4 come in handy when it is time for set design and front of house decoration when this play is produced several years later.

Meanwhile, Trip 4 2004 rolls around. Purpose: bonding, which at that time means painting the town red. Actually, dark orange, since back then there is a little thing called curfew which we young adults have to abide by. Still, this is a trip where the touristy experiences come with a twist. The standard weekend family outing to Entoto is relived as a teen-spirited weekday hike armed with some “view-enhancers.”

As Phase 6 dawns, I lose interest again, but differently this time, in that is a losing of that intense attachment to a perceived ideal of Ethiopia/ness, realizing that it’s not in the amount of books or related objects that I accumulate, recipes I learn, or people I surround myself/not with, but something finer, more nuanced, inherent yet fluid. Maybe for this reason, I leave off over thinking everything and just enjoy things for what they are on Trip 5 2011. Purpose: reality vol. 2, the joyful version. Also the more surreal one, as I don glamorous bridesmaid wear and sail untainted through the rust n’ dust and n’ exhaust of Addis in a flower-adorned stretch limo, as I experience firsthand Ethio luxury on a level which I’ve only seen from a distance or breathed over in the glossy pages of Selamta. Leaving is the hardest it has ever been, since for the first time I’m not returning to my other home, but to a brand new country out east which, from having already spent a week there before coming to Addis, I was already in hate with. Ironically, it is also the most comfortable flight I’ve ever taken out of ET, since by dumb circumstance (literally) I end up in a Cloud 9 seat.

Being so isolated for a whole year out east triggers Trip 6 2012. Purpose: atonement for having so fantastically absented myself for the seven years prior to my too-short 2011 trip. Having “swallowed my saliva” since the youthful delirious days of 2005, I try to make up for all that lost time by making the rounds of the living rooms of extended family on rotation, sitting in history-drenched sofas until my ass fuses with the upholstery, and teasing out from the old folks the stories that I only now realize will be lost forever otherwise. Maybe it’s because I have next-to-zero ETDiaspora backup on this trip, but the idea of venturing solo into the city – a right for which I used to fight tooth and nail back in the day – makes me very nervous so I stay in a lot or, like a good girl many years late, go out accompanied only by my ETLocals or their closest equivalents. Maybe it was from having spent a year out east, feeling like a zoo animal on the best of days and a complete mutant on the worst, but I feel my otherness most acutely on this trip.

This feeling evolves into Phase 7, my current state, where rather than resist this sense of otherness, I embrace it and return to that sense of investigating, questioning, recording with a humourous and compassionate eye, with the aim of creating some kind of record (hence the blog and other writings), and also starting to claim this Canadianness through simple acts that make me feel more part of this other community that I live in – whether that is through actually trying to understand Canadian politics (snore), or trying to be more “social” around the office (with excruciating results), or even fixing up things around my place and buying ‘investment furniture’ because I’ve come around to the fact that I live here. It’s a subtle mental shift from before, which was a kind of I happen to be staying here for now.

Trip 7 2014, completed nine days ago. Purpose: data collection. I finally start to make good on my self-promise of 2012. It takes some doing, but I whip out my camera and little Moleskine notebook and brazenly take pictures and notes of seemingly random and/or banal shit like a proper citizen of the “outside country”. (For example, the picture of telephone poles and wires and sky at evening rush hour, used in this blog post; traffic was so bad I envied the sky.) Well, almost. I can’t help being discreet about taking photos (resulting in many blurry snapshots, half of which are of my own finger) and I definitely don’t take any of people from the front (asking them for permission is a whole other level of otherness that I haven’t reached yet I guess). But the feigned casualness, the oh-this-is-all-very-normal-to-me-I-was-born-in-Addis act is dropped. It used to piss me off whenever I heard that word “diaspora” in Addis. Now I like it. It gives me license to ask strange questions and openly record my observations on paper or memory card, giving them the value and place that they deserve as fuel for creative acts of literature.

… besides, it’s high time that ‘diaspora’ talks back (more on that later).